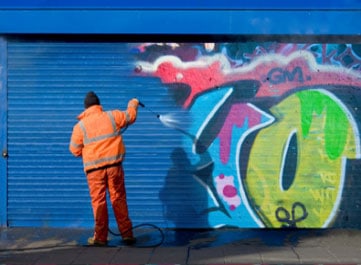 Graffiti originally refers to ancient inscriptions. These can be figure drawings or words found on walls of public buildings or ancient graveyards. Over the centuries, Graffiti has been used to describe text or graphics that have been applied to surfaces. Graffiti has been synonymous with vandalism for a long time.

Graffiti is not about being seen, but spreading a message or telling a story. Graffiti is like all other art, its purpose is to tell stories or express oneself. Graffiti is a way for artists to express themselves even if they are not allowed to do so in public. Graffiti is also used to mark territory and is well-established in gang culture.

Depending on the person you ask, graffiti can be either vandalism or art depending on what they are. Graffiti can be defined as any markings, words, photos, initials or drawings that have been painted, sketched or even scratched on walls or other public areas. Although it is common to refer to all these instances as graffiti, it is actually plural. If there is only one, it technically counts as one graffito.

Graffiti is a problem for everyone and an eyesore in the community. Graffiti can be costly and destructive. It also lowers property values. Graffiti is against the law. In cases where cleanup costs exceed $400, it is considered a felony.

Graffiti is a message that nobody cares. Graffiti attracts other types of crime and raises crime statistics within the community. Residents feel less secure and safe as a result. The result is a decline in property values, business growth, as well as tourism. Graffiti removal costs tax dollars that could be diverted to parks and other recreational programs. Make your property resistant to graffiti. These are some ways to make sure graffiti doesn’t damage your property.

One of the best ways to stop graffiti is to install visible security cameras. If they are aware they are being watched, people will be less likely to do anything illegal or unethical. Even those who don’t do anything wrong will change their behavior if it is believed they are being watched. Make sure that the security camera is visible. It must be kept out of reach so that spray paint cannot get on it.

Graffiti can’t always be avoided. However, property owners and residents can decrease graffiti on exteriors and walls. Use motion-activated lighting to increase the light around your property. To make it more difficult to access, plant thick or thorny bushes right in front of large walls.

To be an eye and ear for your community, you can work with neighbors, your homeowners’ association, or your neighborhood association.

In order to discourage graffiti, layout and physical design are key factors. Graffiti is attracted to areas that are isolated and have few people. To discourage graffiti, sculptures that are located in high-traffic areas and frequently used areas may be detested. This type of item should be placed near the most popular areas to ensure greater protection and increase appreciation. Signs that are popular targets should be visible but not difficult-to-reach places.

It’s more about making the wall-less attractive as a canvas. You might be able to grow a climbing bush if you have direct access to the soil below the wall. You may need to first provide a climbing frame depending on which plant you choose. This is not an immediate solution. You must also be aware that it may take some time before you can use the climbing frame.

To deter graffiti vandals, create a barrier with vegetation or a fence. Protect surfaces that are susceptible to graffiti vandalism by using materials or surfaces. Apply a clear coating finish to paint and unpainted surfaces, and cover windows with protective film. To reduce graffiti, move dumpsters to the end of alleyways. Ask dumpster companies to remove graffiti from dumpsters. Their phone number is usually located in the dumpster.